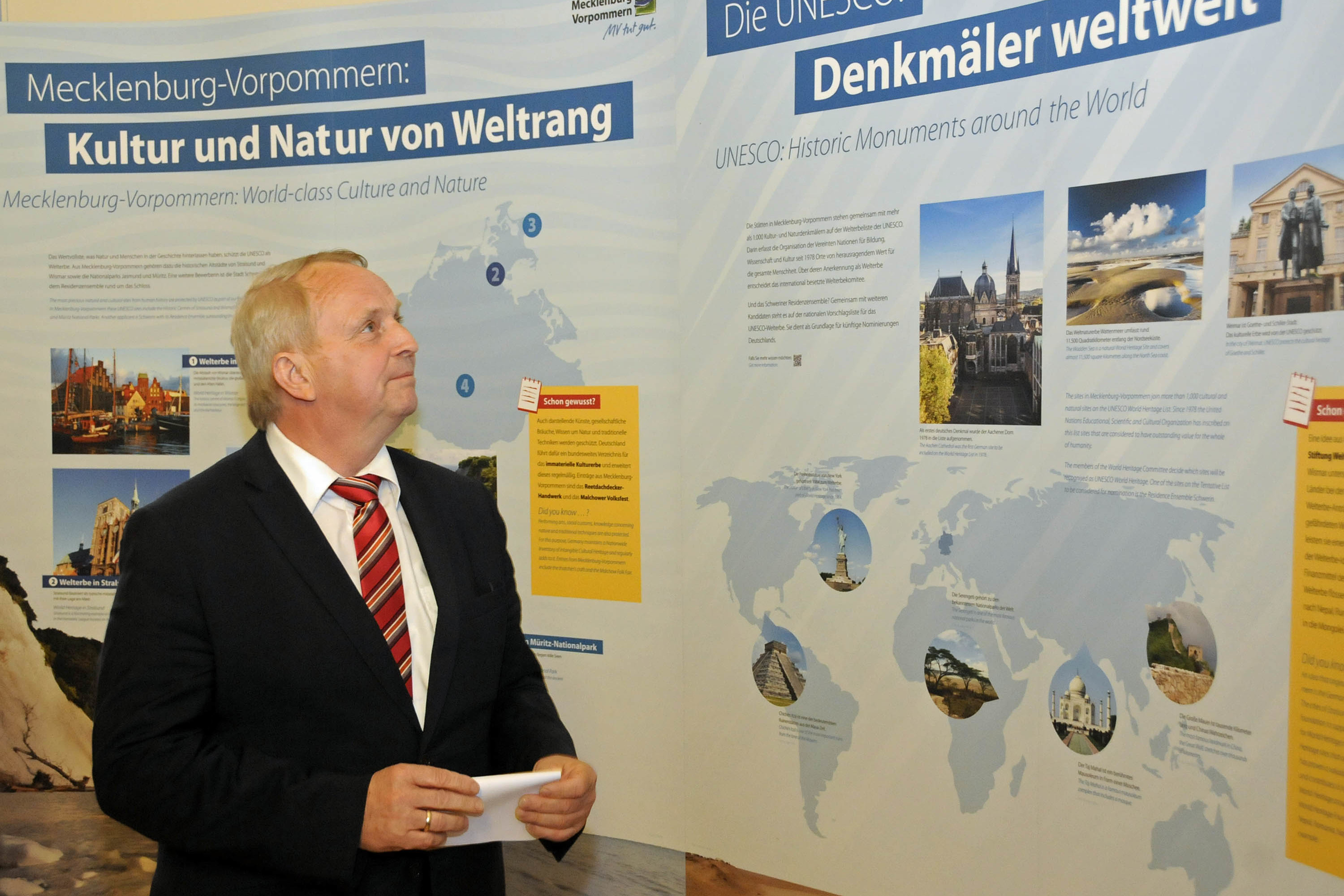 Old lanes, green forests, traditional arts and crafts…. The exhibition is entitled “Mecklenburg-Vorpommern – Culture and Nature of World Rank” and has five display boards with information about the UNESCO convention for the protection of the world’s cultural and natural heritage, and the inscribed sites from Mecklenburg-Vorpommern. The intangible cultural heritage is also shown, such as reed thatching, and the World Heritage application for the Schwerin Residence Ensemble.

The exhibition originated as a joint project, arising out of the close collaboration between the Mecklenburg-Vorpommern Ministries for Agriculture and Environment and also for Education, Science and Culture; the Parliament (“Landtag”) of Mecklenburg-Vorpommern; and the protagonists of the World Heritage sites and the City of Schwerin.

The exhibition was first displayed at Schwerin Castle on 13 April 2016, on the periphery of an event originated by the Parliament of Mecklenburg-Vorpommern. Since then this large-scale exhibition has been touring the province. The exhibition has already been seen at the Coach House at Mirow Castle, and in August 2016 in the cultural quarter of Neustrelitz and the “Jawaharlal Nehru” regional school at Neustrelitz among other places.

The themes of the exhibition are all on view here.

Would you like to display this exhibition as part of an event? You can find out more from:

Mr Dieckmann will be happy to take your query.