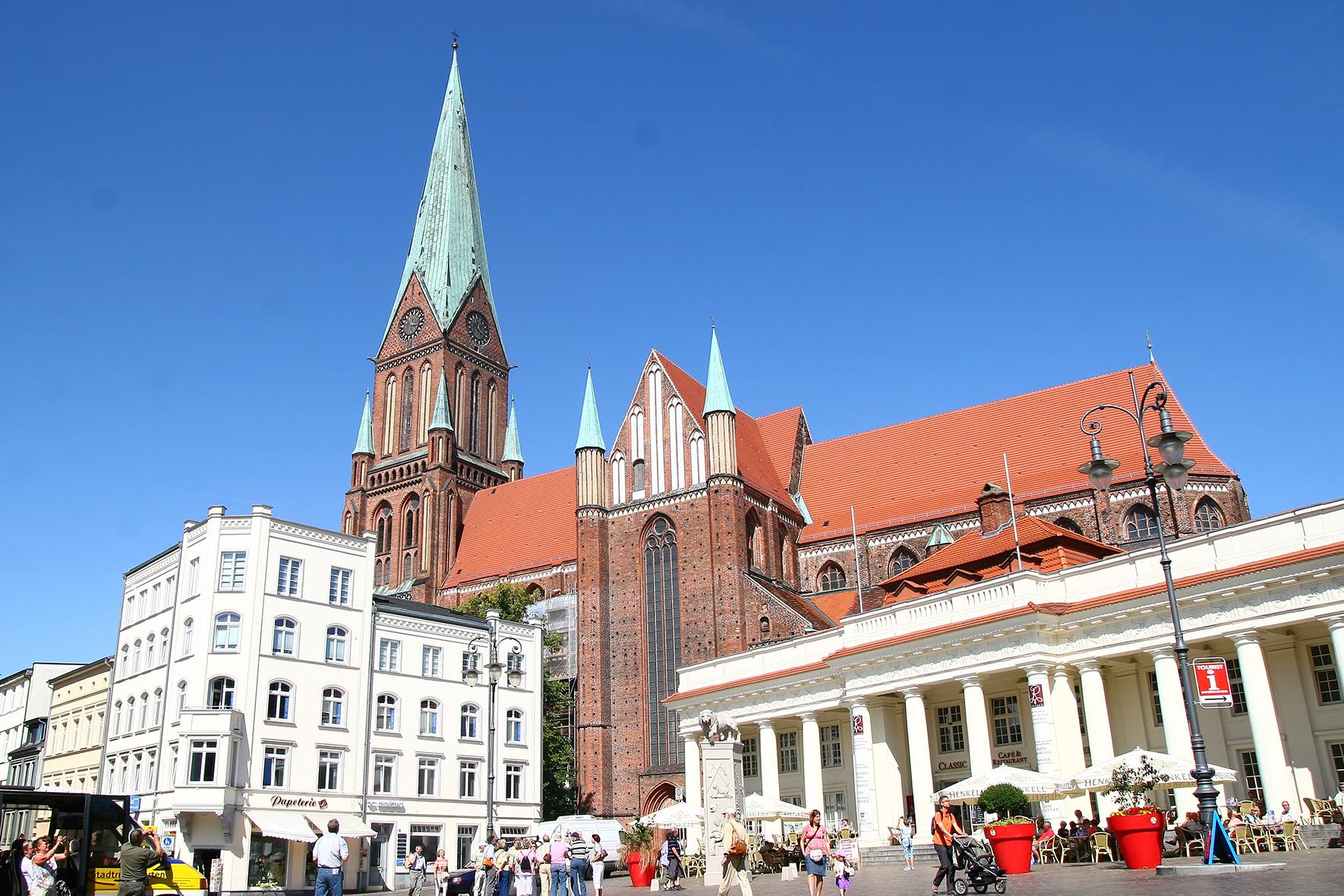 Schwerin Cathedral can look back over a long history. It was first mentioned in 1171 – Henry the Lion laid the foundation stone for Schwerin Cathedral – and was consecrated in 1248 as a Romanesque building. In 1270 it was rebuilt in the Gothic style for the veneration of the Holy Blood and other relics.

The Cathedral’s high tower, however, was not constructed until 1889 – 1892, long after the main building. It is 117.5 metres high. Until then another tower existed which was not as high. The building is 105 metres long and its internal height is 29 metres.

Inside is the largest organ by Friedrich Ladegast still preserved in its original state.

Before the Reformation the relic of the “Holy Blood” was venerated in the middle chapel of the choir; several of the many side altars of Schwerin Cathedral stood in the other chapels. With the Reformation and the transformation of the church community from Catholic to Protestant in 1552 the ambulatory was remodelled with a ring of chapels as burial places for the princes of Mecklenburg.

The first member of the princely family to be buried in Schwerin Cathedral was Helena, Countess Palatine, and Duchess of Mecklenburg by marriage, in 1524.

The significance of the Cathedral to the Schwerin Residence Ensemble is that Friedrich Franz II, following his exemplar Johann Albrecht I, arranged for it to become a burial place once more for the first time since the 16th century. Friedrich Franz II ensured that his father Paul Friedrich, he himself and his own wives would be buried there.