Fridericianum with Director’s Villa and gymnasium 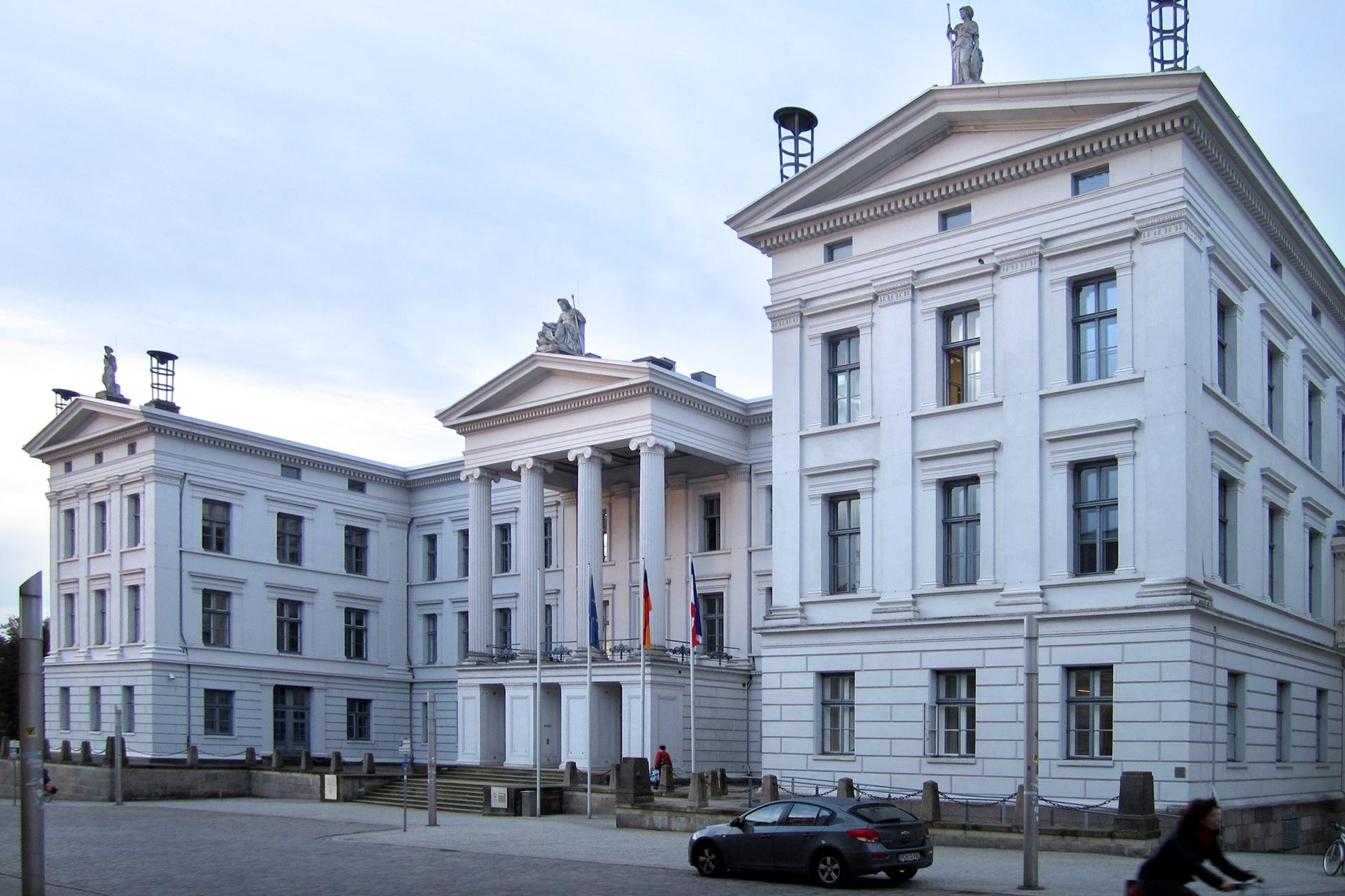 In 1819 fire broke out in the meeting room of the board of finance in the Castle, and this probably prompted the idea of constructing a new Grand Ducal Government building. In 1834, after years of decision-making and subsequent construction, the building was finally ready to move into.

It was constructed on the site of a former Franciscan friary to plans by Carl Heinrich Wünsch, whose most important work it is. Georg Adolf Demmler was very much involved with the construction, although as project manager more in an executive than creative capacity.

The then hereditary prince, Paul Friedrich, was intensely interested in the building of this most important of the classicist buildings of Schwerin as he was already preparing for the Ducal residence to return to the city.

In 1865 a fire burned the Government Council Building down to its foundations. The decision was made to rebuild it immediately. The building was in use again in 1867.

In 1892 - 93 Government Building II, planned by Georg Daniel, was built next to the Government Council Building. The two structures were linked by an arched gateway.

Since 1990 it has been the State Chancellery and workplace of the Minister-President of Mecklenburg-Vorpommern.