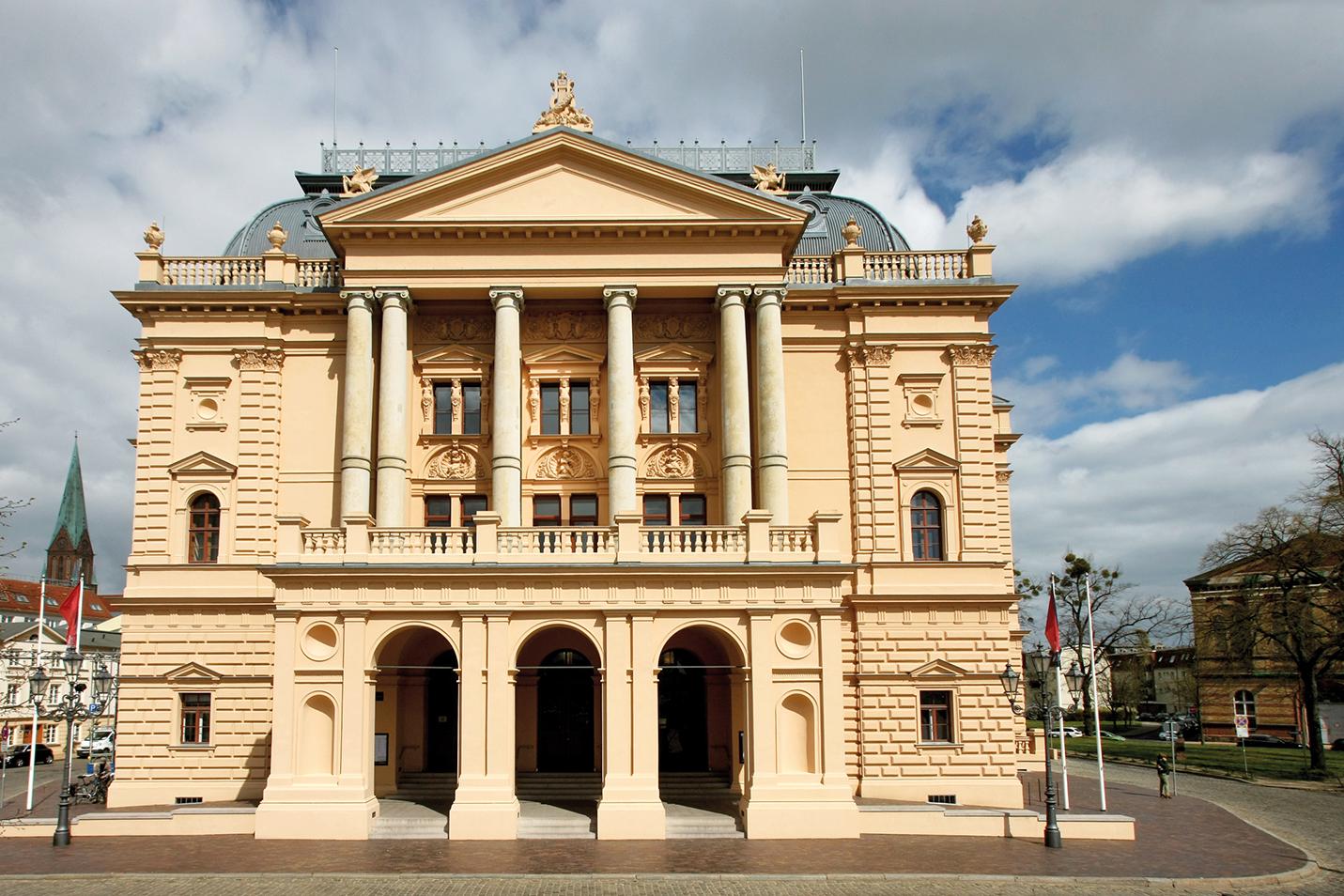 On the site of today’s theatre there was already a playhouse, built between 1832 and 1836 to plans by Georg Adolf Demmler. This building burned down in 1882, and it was decided to erect a new building rather than a have a reconstruction. The new theatre was ceremonially opened in 1886.

The Schwerin Theatre has the special feature of its own functional infrastructure. Two other buildings were constructed after the fire, at the same time as the new building: the scenery store and the machinery house. The theatre was heated from the machinery house and supplied with electricity from its own generator. This made the theatre the first electrified building in the city – even before the Castle. It was one of the first theatres in Germany to use electric light, from considerations of fire safety, and this is also testimony to the industrial revolution and to the association of courtly display with advanced technology.

One exceptional piece of equipment is a 19th century painted stage curtain preserved in its original state – which is of particular value as one of the few decorative curtains of that period still preserved. The stage organ by Friedrich Friese (III) is also exceptional. The Friese organ was taken from the temporary building where the theatre productions were held until the new building was ready. It is now unique. Only in Schwerin can Richard Wagner’s “Rhinegold”, for example, be staged with the original instrumentation.

From 1919 to 1934 the building was used for the Parliament of the Free State of Mecklenburg-Schwerin.